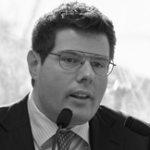 Upon his return to Greece in 2002 he joined his family’s bulk carrier operator, Fairsky Shipping and Trading S.A. Along with his two brothers Alexander and John, they have tried to upgrade the company’s operational standards and performance and were the first bulk carrier operator in Europe to be certified according to the HSQE Standard of the American Bureau of Shipping. He managed to improve the co-operation between the company’s Ukrainian seamen and head office people in Athens and to invest in their lifelong development. To this end he launched a number of initiatives, such as, Total Crew Welfare, the Crew Development Campaign, the Success Campaign and Shipshape Pride along with the launching of a quarterly newsletter printed in both Russian and English, mailed to both seamen’s families and the vessels. Michael actively pursues collaboration with other bulk carrier operators through the Key 26Performance Indicators Association (KPIA) to establish meaningful benchmarking for the bulk carrier industry.

In 2009, the Fostiropoulos family decided to re-enter the tanker market after an absence of 19 years and launched Almi Tankers S.A., an operator of modern tankers. Michael and his brothers designed a model tanker operator based on their commitment to operational integrity so as to gain the trust of Oil Majors and charterers and establish long-term relationships. To this end, the new company’s Integrated Management System, accredited by LRQA, incorporated from the beginning the requirements of ISO 9001, ISO 14001 and OHSAS 18001 along with tanker industry standards such as the Tanker Management Self Assessment 2 (TMSA2). In addition, in an effort to ensure the long-term strategic agility and sustainability of the company, the UK Investors In People Standard (IIP) was adopted to ensure that each team member understands how his or her work contributes to the execution of the company’s Strategy. The completion of the company’s Balanced Scorecard initiative will further enhance this effort. A number of initiatives and communication tools are employed in an effort to build a learning and agile organisation and to ensure the active participation of every team member in the on-going dialogue for the improvement and development of the company. The flagship in this effort is the World Café structured dialogue that creates a “holding” environment where seamen and head office people feel free to exchange views, knowledge and experience, and engage in meaningful discussion on topics that matter to both the company and the future of the tanker industry as a whole.

He has been appointed a Director on the Board of the UK P&I Club. He is also a member of the DNV GL Greek Committee and the Hellenic Australian Business Council (HABC) and is a warm supporter of HELMEPA and the World Ocean Council.