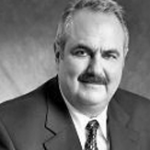 The company operates in the market of Computers and Telecommunications, offering a wide range of high quality products to an equally wide range of customers, nationally and internationally. The main focus of Plaisio Computers S.A is on the compilation and selling of tailor-made computer software and hardware, via the built-to-order system, that allows the customer to decide himself upon the characteristics and finally the price of his own P.C. In addition, the company places great emphasis in office automation products and equipment as well as in mobile and conventional telephone devices.

Mr. Gerardos, is a graduate of the National Technical University of Athens, where he studied Civil Engineering.