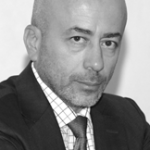 Αttica Ventures has completed 12 investments in Greek SME’s, which have achieved substantial and constant growth rates and have received many and important business awards, leading to the creation of more than 800 new work positions. Four of them have already been listed in the Athens Stock Exchange. Additionally, Attica Ventures was honored by the Athens Chamber of Commerce & Industry with the ACCI award for its contribution to employment growth in 2011.

He is Coordinator for Innovation Policy at the Ministry of Development and Competitiveness, Chairman of the BoD of the Hellenic Venture Capital Association-HVCA and also elected member (2001-2013) of the BoD of the Technical Chamber of Greece (the largest scientific association in Greece).

He holds a Masters degree in Mechanical Engineering from National Technical University of Athens and an MBA from Cass Business School, City University (London).