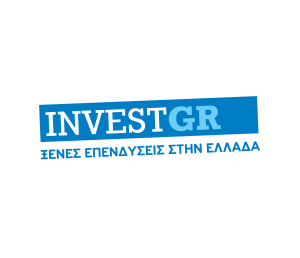 A new initiative concerning the creation of an annual forum titled “InvestGR – Foreign Investments in Greece” is being developed by Public Affairs & Networks, with the support of the Representation of the European Commission in Greece and the MBA International program of the Athens University of Economics and Business.

The main part of the initiative consists of an annual dialogue forum between C-level executives of international companies operating in Greece, and the most important political figures of the country. The ultimate aim is to improve the economic outlook and highlight Greece as an attractive destination for foreign direct investment.

The 1st annual Forum will take place on the 3rd of July 2018, at Hilton Athens.

At the same time, every year, a booklet “Initiative for Foreign Investments in Greece” will be published. The document will consist of ideas, positions, and suggestions of foreign companies in Greece, concerning the national economy, and will be presented and discussed during the Forum. Professor of European Politics and Economy at the Athens University of Economics and Business, Dr. George Pagoulatos, will be overseeing each edition.

The founder of the “InvestGR – Foreign Investments in Greece”, Mr. Andreas Yannopoulos, emphasizes: “I believe that Greece could and should, under certain conditions, become a destination for foreign investment. This year, we will set the foundation upon which this Forum will take place at an annual basis with the participation of highly esteemed representatives of local institutions and executives. This will create a context where direct, open and constructive dialogue will allow Greece to reach further”.

Professor of European Politics and Economy at the Athens University of Economics and Business, Dr. George Pagoulatos, added: “A powerful presence of international companies is necessary for Greece to cover the lack of investment during the economic crisis, to import technical know-how, to rise through the global ranks of technological quality and added value, improve productivity, national income and product mix, and become a bigger player on the world scene”.

The first Forum “InvestGR – Foreign Investments in Greece” is developed in cooperation with Touchpoint Strategies, a member of Ogilvy & Mather Greece, which will be responsible for the communication and organization of the initiative.