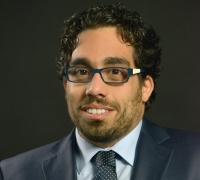 All started back in 2006 when, following my bachelor’s degree and some working experience, I had made up my mind about what I wanted to do with my life. Although I loved engineering and software development, I would never be as good as I wanted to be. This also revealed to me what I really wanted to be and that I was a problem solver, in other words an architect for solutions that would change the way we handled technology challenges. In order to do so I needed some extra arrows in my quiver. The most important of them would be an MBA degree, so as to understand the financial aspects related with a business decision; regardless if it was about technology or not.

I did some research and found out that there were only a few interesting programs, with the most interesting -due to its international exposure- being the Athens University of Economics and Business International MBA program. I prepared my paperwork and went on to submit only to find out that I needed a ‘G something’. It turned out that I had to get a GMAT which I didn’t even knew what it was, so I went online and signed in order to take the exam a few weeks later. It was far harder than I thought but at least I made it without any formal preparation! Then I went through three rounds of interviews with Professors and Alumni members prior to receiving a call from the head of the program, Professor Prastacos. The program was interesting and challenging, and strong bonds were created during its course that still are in place.

Following my graduation in 2008, I took a job as Market Analyst for a system integrator that focused in Southeast Europe with operations in 16 countries. My role was to find out how we could expand to new markets, primarily around telecoms. It seems that I did a very good job since every year I was getting promoted ending up being Group Product Manager for whatever had to do with Carriers, in just three year time. But this was not enough for me, since I wanted to grow faster and bigger. So I decided to do my obligatory military service, in order to think about my future and find an excuse to exit from my job, although it had been a great experience.

In mid 2011, during my military service at the Hellenic Air Force, along with two good friends (Giorgos Barlas and Dimitris Opsimoulis), we were discussing what our next venture would be. From the introduction of the iPhone in 2007, to the first DDoS attack in Southeast Europe in 2008, everything was telling me that security was going to be the future. So, I convinced my friends to build a Managed Security Services Provider (MSSP), since the skills gap in Southeast Europe was huge. And so it happened in October 2011. The new venture was named Crypteia Networks, after the national security service of ancient Sparta called Crypteia, the equivalent of today’s NSA.

Although Crypteia was a great idea and we had some early traction, that kind of business was very much dependent on human resources and it could not scale. So in mid 2012, with the help of Giorgos Koumparoulis, a very old friend, and Theocharis Tsigkritis, a friend I made during my service, we started materializing my vision of a platform that would act as the single pane of glass for your entire security monitoring; which would later become known as MOREAL.

Like many others, unfortunately, I already had found out that the Greek context was problematic for doing business, and following unfavorable feedback from local VC’s on our idea I decided to take immediate action. In late 2013, I left for London, where some friends of mine were working at major VCs and they were willing to support us. These people turned out to be extremely helpful. I got assistance in re-writing our entire business plan and in re-shaping our venture presentation deck. They also suggested that I should move to the US, in case I wanted to succeed in cybersecurity, since it was too early for such things in Europe and coming from Greece was a serious obstacle. These guys really knew what they were talking about, since their funds had already invested in companies like CrowdStrike. So I decided to move to Boston.

Why Boston? Boston has a very strong Greek technology community out of MIT, Boston University is the academic center of excellence for NSA and DHS, and two very strong Venture Capitals focused on cybersecurity and enterprise software are based there. Moreover, Alec Karys, a Greek-American startup mentor, tipped me about MassChallenge, an equity free startup accelerator.

We got accepted at the 2014 class and we started our second transformation there in May 2014. Although the team in Greece was onboarding new customers in a regular basis all over Europe and we had a dedicated sales resource, still we were struggling to making a major breakthrough in the US. This was my pain and what I needed the team of mentors from MassChallenge to help me with. My mentors, coming from Verizon, Fidelity, IBM and two guys from MITRE, fully understood my challenge. They were engineers that had evolved in the corporate ladder and they smiled when I did a heavily technology focused pitch of Crypteia. Following a number of iterations, we ended up with a pitch that was understandable for non-techies and was fully describing the value MOREAL was generating for its customers. That deck played a major role in the upcoming months.

Prior to leaving for Boston, in October 2013, I participated at InfoCom World in Greece (one of the largest regional ICT events in the country) and Marc Halbfinger, the CEO of PCCW Global was there as well. I did not know him at that time, but I had being doing business with them when in my previous roles and I was trying to do again with Crypteia. Marc asked me to pitch my company in 30 seconds; 30 minutes later, when we were done, he told me that when I would decide to raise serious money to give him a call. A few months later, mainly out of courtesy, I decided to let Marc know that we were raising “seriously”, since at that point of time I did not believe that something would happen, and he told me not to do anything; he wanted to have a deep dive with us.

One week after, the head of M&As from PCCW Global with his team arrived in Athens and I was there along with my entire team to accommodate all their requests during a due diligence alike workshop. The chemistry was good and a few weeks later we signed an acquisition MOU. Three months later, in October 2014, we became part of PCCW Global and Marc was again speaker at the same event I met him talking about the acquisition.

Today, out of New York, I and most of my initial team along with tens of new additions (primarily in Greece) are the cornerstones of PCCW Global’s Research & Development team. Here we develop the products that hopefully will shape the future of the company towards the next $1 billion in revenues.

Besides this main activity, I am also a very active member of the startup community, working with teams in Greece, Boston and New York. I am very passionate about giving back to the community and I try to coach teams, speak at conferences and write posts about my learnings and suggestions. I do not want others to try to reinvent the wheel, in case someone else has already done it and I also wish that someone had told me all these things so as not to find them out the hard way. I am always thinking of going back to this crazy roller coaster, at the moment I am doing that primarily as an advisor or angel investor; when you got the bug  it is very hard to get over it.

Globally it seems we are entering a period where funding for early stage companies is becoming harder to get, but this should not slow down innovation. This is most probably a much needed normalization for the over-hyped “startup” culture. This normalization should not discourage entrepreneurs from chasing their dreams, but it should act as an alarm in order to better prepare for presenting more solid business plans, with measurable metrics, towards both value and revenue creation. If this is highlighted, funds will flow and the valuation will reflect the risk and value entailed.

Entrepreneurship and startups should not be considered a hype or a lifestyle choice, it should be well thought decisions. It is an amazing ride, with unlimited lessons to learn and then teach, moments to build memories and shape characters, as well as a chance to get to know great people from all over the world. So get to know yourself, measure your strengths, weaknesses and limitations, sleeves up and get to work… The choice is yours!