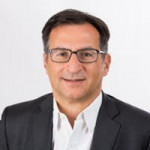 Two major trends trigger and shape new geopolitical risks: the challenge of globalization and the radical shift to the 4th industrial revolution. They are the source of potential major value shifts between countries and firms. Consequently, governments openly engage in protectionist decisions and build an arsenal of hostile weapons against foreign firms, mostly behind the scene.

Firms have three ways to minimize this adverse context: get closer to their own government, hedge their bets in diversifying their supply chains, and become indispensable thanks to their cutting-edge technology.

Globalization: The end of innocence

The world has vastly changed in the last 30 years. The fall of communism in Europe and Deng’s “four modernizations” in China lead many to believe that western capitalism had finally triumphed, in tandem with democratic liberalism. The extraordinary success of modern globalization is a direct consequence of these two historic events. Two books, The end of history and the last man [1] and The world is flat [2], are testimonies of the widely shared beliefs of the time.

The Great Recession of 2008 put an end to this narrative. Globalization is now contested in many centers of power, including the Oval Office. Competition between the US, the EU and an assertive China is heating up. Russia is seen as a powerful political agitator and a resurgent empire by the leading European countries. The Arab spring started a major upheaval in the Middle East, triggering important political and economic consequences. Among them, the new ambitions of Turkey, nostalgic of the Ottoman Empire and turning its back to Ataturk’s secular legacy.

To cut it short, the concept of western democracy is not seen as desirable in the strongest emerging countries. But even in the west, the heritage of the philosophy of Enlightenment is contested. Values such as science, rule of law, separation of powers and even truth are not any more considered as the basis of democracy in many circles. Skepticism or outright hostility to free trade agreements are en vogue, under different guises, from job protection to preservation of the planet, not to mention mere and simple xenophobia.

Technology: The shift to the 4th industrial revolution, a matter of geopolitical power

Technology has always been a differentiating factor between countries and firms. But in the immediate post WW2 period, the world was mostly busy improving and spreading the use of existing technologies. At the time, technology was not seen as a ‘trivial’ factor, nor was it considered as a major game changer in the competition between countries and in the hierarchy of firms.

We are now in a different world, where technology causes massive shifts of value and power. For example, the market capitalization of Apple is now culminating at two thirds of the value of the global telecommunication services sector, whose investments have ironically made the fortune of the smartphone industry. Apples market cap was negligible 15 years ago.

In the telecoms sector again, the battle for supremacy in the 5G space is exemplary of the intimate relationship between geopolitics, technology and business, Huawei being a textbook case in this respect. This situation illustrates at the same time harsh business competition and a power struggle between leading Chinese and American firms, the dogfight being arbitrated by sovereign powers.

Looking west, the power of GAFA (Google, Apple, Facebook and Amazon) is challenging the rule of law in many countries. It is now subject to specific counter-measures in Europe. Thus, the quest for value in the Internet sphere is not restricted to the Sino-US battlefield.

Telecoms and semi conductors are only two examples of the harsh competition between those who want to emerge as winners of the 4th industrial revolution. In the same vein, with much deeper consequences, artificial intelligence is about to become a general-purpose technology, like electricity in the 20th century. It may well reshuffle the cards of power on the global geopolitical and business scenes. This is why China and the US are, by far, the largest investors in this space.

Biotechnologies and health sciences will also take center stage. Healthcare is a crucial issue for human beings, with a very strong political and social content. It is also a huge sector, up to 18% of GDP in the USA. Those who will invent and manufacture new drugs will have a very strong geopolitical power. It has always been the case, after all…

What should firms do on these new uncertain geopolitical and technological scenes?

The new paradigms of geopolitics and technology bring massive uncertainty. Business leaders must understand them, think out of the box and tackle two challenges:  i) understand how and why governments implement particular policies that may affect their business;  ii) take strategic decisions after having considered their political consequences at the country level, in addition to the usual global technology and competitive landscape.

Like always, strategy is a question of specific competitive advantages and circumstances. It would be unwise to be overly prescriptive in this respect. We believe, however, that firms may follow three avenues to cope with the new challenges:

Only a few firms, in particular the Superstars, may be able to succeed in all of these strategic directions. But excelling in only one of these areas would already be a major step to mitigate the influence of the new headwinds of geopolitics for any kind of firm.

[3] Where the company is registered, employs the largest part of its staff, picks its top management, pays the bulk of its taxes, etc.

[4] Superstar firms, according to the McKinsey definition, are those who «have a substantially greater share of income than peers and are pulling away from those peers over time.». They disrupt or shape the rules of their sectors and frequently extract supernormal profits. As such, they exert a strong influence on social life. Among them, the GAFA, but also Fedex, Visa, Netflix…